A painting goes for a walk 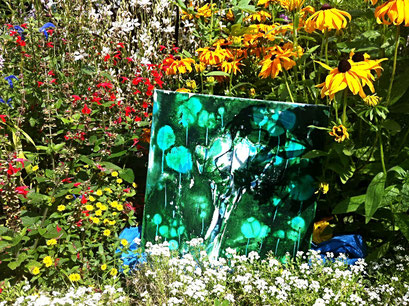 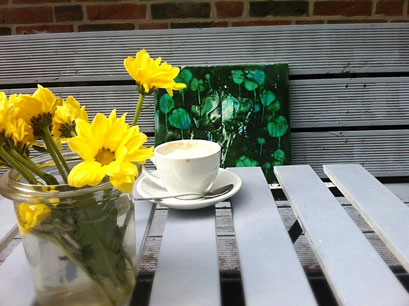 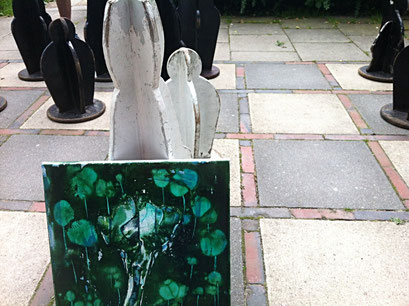 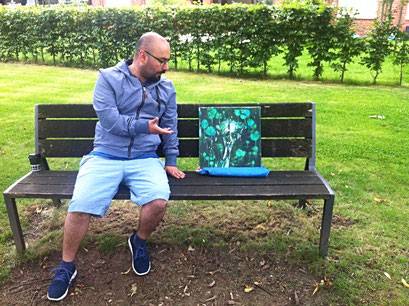 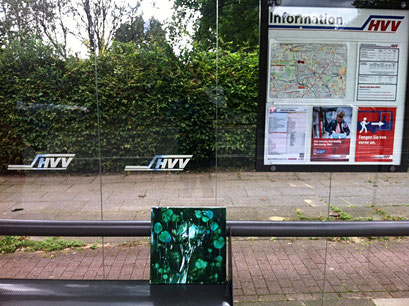 Even a painting has to get out and into the fresh air every once in a while and so it happened that one day Butterfly (Butterfly Series) went out to the city park. When Butterfly arrived he first took an invigorating bath in the sea of flowers. The rudbeckia provided some shade for which Butterfly was very grateful indeed since the sun was scorching his pigment.

After that he went on to the Reader's Cafe where he enjoyed a delicious cup of coffee. Refreshed, he joined the other park strollers for a game of chess. The match was exciting and Butterfly played brilliantly.

On the way back he met up with his best friend. What followed was a heated argument about whether or not acrylic paints should be abolished entirely. Butterfly found acrylics' lack of vibrancy appalling.

Afterwards, he took the bus home because his canvas had become tired.
On his way back to the studio he went for a quick spin on the playground at the corner. On the climbing wall he got rid of all the excess energy from the discussion.

Finally, he hung himself back on the wall where he was prepared for the photoshoot. He was for sale!
While he was waiting in make-up he got to thinking: He could really come to terms with any type of new wall. What are light incidence, candle fumes, smoke, chubby little hands full of chocolate or boring conversation in comparision to what he experienced today?

Maybe he would end up in a harmonious home with charming owners, who led inspiring conversations, kept the room at perfect temperature, gave him proper lighting, excused themselves respectfully and went outside to smoke, told their children that he was not to be touched and did everything possible to provide him with a proper place. After all, Butterfly was a painting of the world whose value would only be increasing continously in time and who needed to be placed accordingly.

Yes, that was the new kind of owner he imagined!

Today he had been reminded again that what we think, we become and so he made the decision to watch his thoughts more thoroughly and in case of negetivity he would redirect them.

He was looking forward to the photoshoot now and he would present his best self. He wanted to impress the new owners right from the start.

What a day! Butterfly was satisfied.